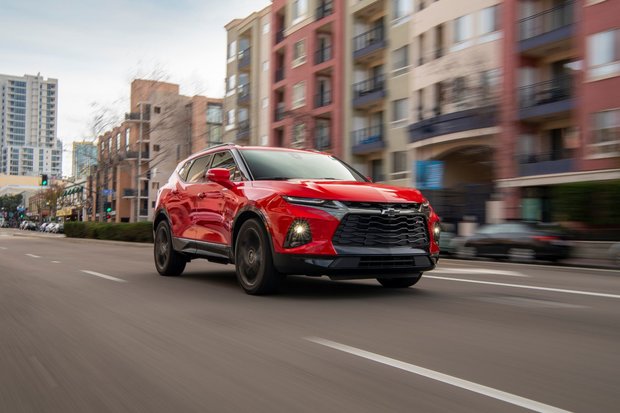 After an absence of almost 15 years, GM’s Chevy Blazer has been reborn – as a mid-sized SUV.

“The 2019 Blazer is an exciting new model with a beautiful ride,” says Vickar Community Chevrolet sales rep Steve Lipischak.  “A lot of people who are coming in and test driving the model are raving about the ride.”

Lipischak points out the new Blazer offers the sleek look of a high-end import SUV in a Chevy model.

The Blazer comes with a standard 2.5L four-cylinder Ecotec engine making 193 horsepower and 188 pounds-feet of torque.  A 3.6L "Generation II High Feature" V6, making 308 hp and 270 pounds-feet of torque, is optional.  The V6 has a maximum towing capacity of 4,500 lbs. when properly equipped.

Inside, the Blazer can fit four occupants comfortably. The second row slides forward and back, maximizing either legroom or cargo space.  The rear seats fold flat using remote latches in the cargo area.

The new Blazer, Lipischak adds, features all the latest technology on the market – features such as Bluetooth, Android Auto, and Apple CarPlay – as well as the most up-to-date safety features.

“We don’t have very many of the new Blazers on the ground yet,” Lipischak reports, “but more are coming in at a steady rate.”