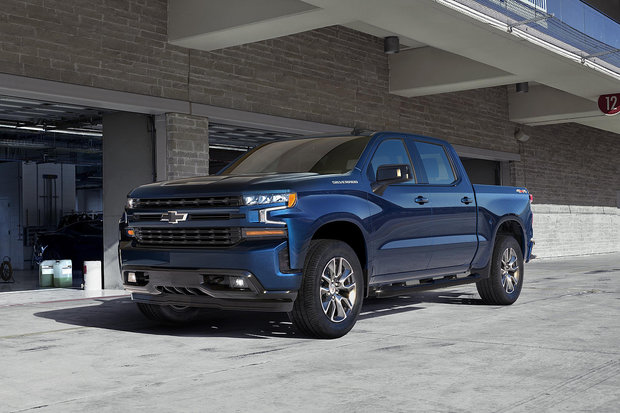 Introduced last month, the 2019 Chevrolet Silverado is one of the most anticipated models of the new year. The fact that it’s one of the best-selling pick-ups in Canada is enough to explain why so many people are taking notice when Chevy rolls out a new Silverado, but the improvements made to the truck also explain why people are talking about this new full-size truck.

We have already covered the 2019 Silverado in a separate text. Check that out if you want a more detailed look at the new Chevrolet Silverado. Here, let’s take a look at some of the reviews that have come out recently.

Don’t tell anyone at General Motors, but this latest-generation Chevrolet Silverado doesn’t look, you know, radically different from the company’s previous-generation pickup. Or the Silverado before that, for that matter. Yes, there’s a bold new grille design (four of them, actually), and the body panels have lost some of the outgoing model’s aggressive rectilinearity. And, yes, truck customers already like the way their trucks look. Based on appearance alone, a person could be forgiven for thinking that the 2019 Silverado promises only small changes. But that person would be wrong. The truck wars are raging as hard as ever, and Chevrolet has invested heavily in the fight to keep up with its ever-improving competition

The truck feels surprisingly lithe on the road, building on its predecessor’s solid dynamic repertoire. Some of that lightness of foot is thanks to actual lightness, as Chevrolet has shaved as much as 450 pounds off the Silverado compared to the outgoing truck, depending on the model; 88 pounds were removed from the frame and 88 more from the body, a reduction that was achieved using varying thicknesses of high-strength steel and, on certain panels, aluminum. There is none of the jouncing and bouncing once associated with driving an unladen pickup. And at long last, the Chevy’s steering column is finally squared to the driver, after years of being angled slightly to the left. Appropriately heavy for a vehicle this size, the wheel responds smoothly and accurately to inputs and feels even slightly heavier in the Silverado’s new Sport driving mode – Car & Driver

That said, the truck's interior provides the sort of utility modern trucks are known for, and the Chevy does it better than most. The crew cab's stretched passenger compartment offers an extra three inches of legroom for back row occupants—43.4 inches, barely less than the front's 44.5—resulting in space that just might induce jealousy in those saps riding around in S-Classes and Lexus LS 500s.

A bevy of cubbyholes both obvious and hidden can be found throughout the truck, including a hidden lockable compartment in the ass cushion of the front-middle spot on bench seat-equipped models and available 10-liter hidey-holes in the rear seat backs. I'm not suggesting anyone conduct any illegal or immoral activities in their new Silverado, but I kind of doubt even the sharpest border patrol agents would find every little storage space in this truck, if you get my drift – The Drive

A trailering app has been added to the screen menus, which provides a pre-drive checklist, lighting and electrical system tests, while the advanced trailering system, available from the LT level and higher, adds a trailer-tire pressure monitor, a parking brake assist, a hitch guidance camera, transmission temperature display, brake gain memory, and a multitude of other trailer-hauling assists.

The 2019 Chevrolet Silverado will be arriving at dealers this fall, with prices also released at that time. Initially only crew cab models with V8 engines will be available, followed later in the winter by regular and double-cab models with four-cylinder or V6 engines. The diesel engine will arrive early in 2019 – Driving.ca

To learn more, contact us today at Vickar Chevrolet!

THE 2019 CHEVROLET SILVERADO REVIEWS ARE OUT - Vickar Chevrolet